Finally I got around to playing this game. This game was developed and published by Double Fine Productions. The amount of comments and praise I have heard about Psychonauts over the years has been incredible. I have seen a screenshot here and there from the game, but I never sat my butt down and played through it. However due to my Indie Game Month on Twitch, I decided that it was about high time I set my goals to play and finish Psychonauts. Here are my thoughts on this interesting and mind melting game!

The story of Psychonauts is one of the main reasons why I loved this game. The main protagonist, Razputin (or Raz for short) breaks into a summer camp designed for psychic children in order to train and become a psychonaut. The camp leaders however do not allow children to attend camp without their parents consent. Therefore, Raz only has a short amount of time to get as much training in as possible before his parents shows up to take him home. He is allowed to partake in the beginners training course which he passes with flying colors which peaks the interest of one of the main Psychonauts, Sasha. He asks Raz to come to him for additional training. Doing so however leads Raz down a dangerous path where he is the only one who can save the Psychonauts and the world.

The story was incredibly gripping from beginning to end, with twists and turns with well thought out characters.

Characters in the game

There are many characters in this game. I will not list them all here, however here are some of my favorites! 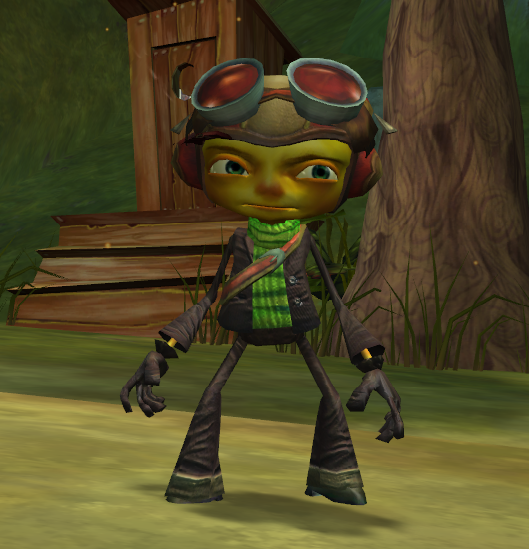 Razputin Aquato is the protagonist of the game. Wearing his trusty helmet and goggles, he runs away from his home at the circus to join the summer camp for physics in order to become a psychonaut. Raz’s father disapproves of physics because one cursed their entire family to die in any large amounts of water. Not fun for Raz! 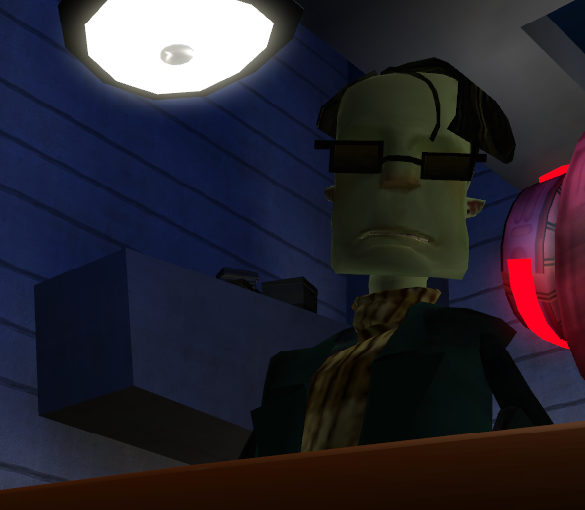 Sasha Nein is the first person to call upon Raz for additional training upon finishing his basic training. 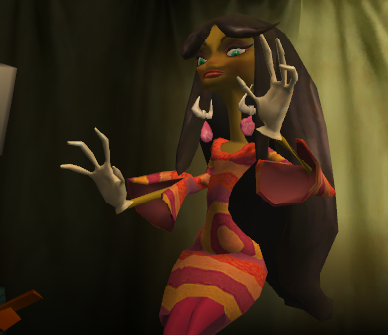 Milla Vodello who loves to be the center of attention and one day would love to be on TV.

Coach Morceau Oleander who is the leader of the camp with back history with the militia.

Ford Cruller is known to be one of the best leaders the Psychonauts have ever had. Unfortunately after a past physic dual, his mind was lost and he no longer knew who he really was, ending up with multiple personalities. But at camp within the mountain that is filled with psitanium, he comes together and remembers who he is. It is the only place he can work with Psychonauts.

Lili Zanotto is one of the main girls at camp (and in the game). Going every year to train. She is the daughter of the Grand Head of the Psychonauts. Has a major crush on Raz, and eventually falls in love with him. 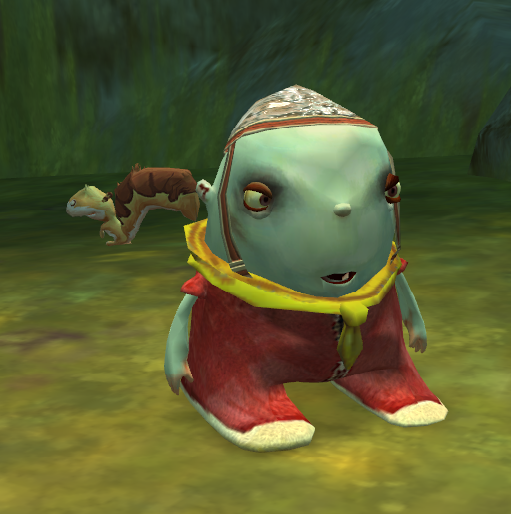 Dogen Boole is a weird child. Walks around camp with a tin foil hat in order to protect peoples heads from exploding due to his abilities.

Mikhail Bulgakov made me laugh. So much. He is a Russian child who wears a hat and has a fasination about a giant naked bear who lurks in the woods.

Bobby Zilch is the typical bully at the camp. Has a massive amount of ginger hair sporting his head, plus terrible teeth (HAVE YOU SEEN THEM GUMS?!) Him and his sidekick Benny Fideleo (who has MASSIVE ears) often pick on the new kids. 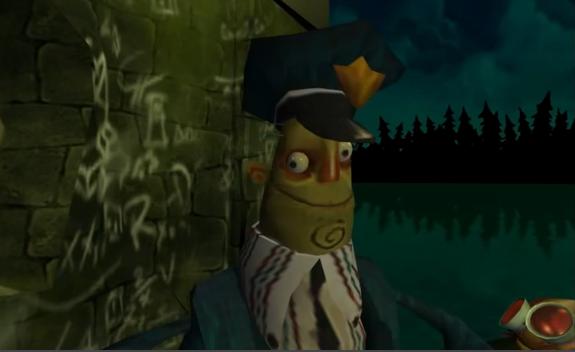 Boyd Cooper is crazy. Absolutely mental. He is a security guard. His mind is filled with a conspiracy theory about the milkman. His level in the game made my head literally spin because oh my goodness THE CAMERA ANGLES. The concept of the level was amazing, but… gah. Please make the spinning stop!

Edgar Teglee went insane when he lost his high school sweetheart back in high school. He has been raging a war in his mind because of this and obsesses about bullfighting and matadors.

Sheegor is literally my high-pitched voice doppelganger. I loved her so much! She is the assistant (or… unwilling assistant) to the main antagonist to the Psychonauts, Dr Loboto (an ex-dentist who resides in the insane asylum). She eventually helps Raz once he frees her best friend, Mr Pokeylope. This one scene in the game made me laugh so much, I couldn’t even stop. One of my favorite characters in the game! 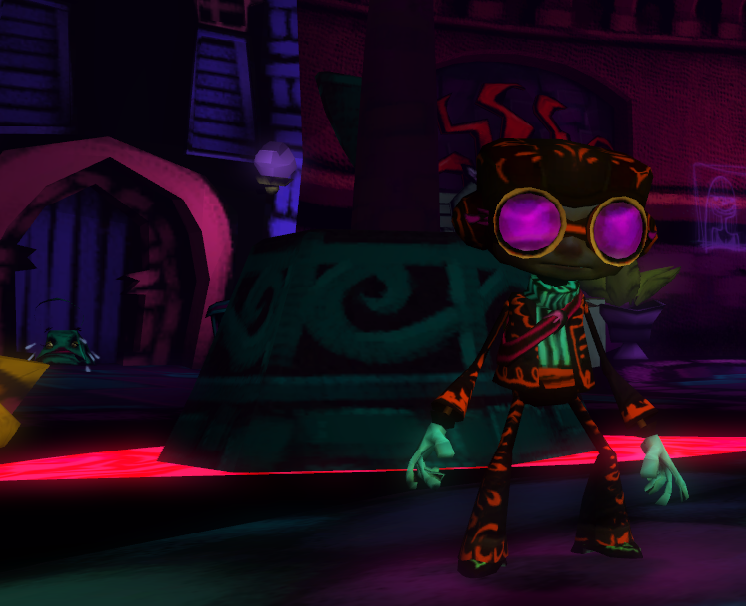 There were several levels in Psychonauts that I loved. There were also some levels that I absolutely despised and I wanted them to end asap. My favorite level within the entire game was Edgar Teglee’s mind level, Black Velvetopia. In this level, Raz needs to calm Edgar’s mind and free him from obsessing over his lost high school sweetheart.

His mind and rage has manifested into a raging bull and he obsesses about matadors. Edgar is also obsessed with building things with cards, and he wants to build a tower of cards up to his lost love. It is up to Raz to find the remaining cards – the 4 Queens – in order to succeed.

I LOVED the concept of this level. The music was great and I really enjoyed the color scheme within, with all the neon. Completely different from any of the other levels. Loved the end boss of this level, and the mechanics were great fun. 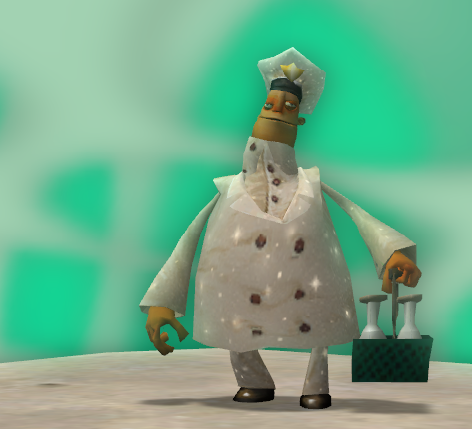 (I will give a note that I did enjoy the Milkman Conspiracy level, however it really did hurt my head with the camera movement. I have never though myself as a sufferer of movement sickness.. but maybe I do. Who knew?)

Overall, I did love this game. Sure, during parts of it I had some trouble with clunky mechanics and controls but apart from that it was flawless. The story was so well written and that was what compelled me to push onward. The characters in the game were also amazing with so much depth to each and every one of them.

I would say that this is definitely a cult classic game that everyone needs to experience at some point in their life. If you look past the clunky little mechanical stuff it is amazing. At the end of the day, this game was released in 2005 and even then this game holds up to some new games today!

Have you played Psychonauts? What are your thoughts on the game? Let me know!